What can we say about the things that matter most deeply to us, and how can we describe God or bring God into those musings and conversations?

The paper on the train I am in carries a banner headline: I’m 36 this is my last Christmas… the lady in question has cancer, and a diagnosis of less than 12 months to live.

It’s caught my eye amidst the horrific litany of other headlines I see on a daily basis because I am that age. I am heading back on a train after a few days away to see the people I love most, and later to engage in the exciting and challenging church context I find myself leading in. 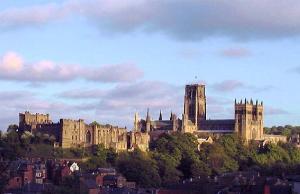 The thought that this might somehow be arrested and I could neither be with my family nor fulfil my calling is an alien imposter to me. It’s not a thought I have to deal with usually, despite my weekly and sometimes daily care for the bereaved and dying in my congregation and parish. Mercifully, I am younger than all but two of the people I have buried, and they were both infants. I am not accustomed to thinking of my own mortality.

One imagines that this was the case for the woman in the paper as well. Indeed we can surmise that it is the case for most people or it would not merit its positioning on the front page of the Times. A headline that read I’m 78, this is my last Christmas, would still have a note of finality and sadness, but in an age where we do not deal well with death, and bat away it’s relevance to us personally with phrases like: ‘she had a good innings’ or ‘his time has come’, we would be likely to simply note that this is a median age for death and tacitly think that they shouldn’t grumble.

By ‘we’ here I clearly mean those significantly younger than 78 as my experience with how parishioners relate to news that I have just come from a funeral is often that they ask the age of the deceased as if to clock themselves against that age, and some how intuit whether they are on borrowed time or not. At the age of 36 reaching 78 is still another lifetime away, so the mental maths always feels favourable, even irrelevant. But the shock of seeing the maths levelled to zero is a cruel jolt.

This then leads me to reflect again on my experiences of leading a church through Holy Week the year that I was 33. It was a very locating feeling to clock my lifespan against that of Christ and realise that I had walked the earth for the the same length of time Christ did as Jesus of Nazareth. Biblical themes from the gospels and epistles: ‘love not this life’, ‘in my Father’s house are many rooms’, ‘for me to live is Christ and to die is gain’, and more parabolic references about seeds going into the soil needing to die come to mind. I note sociologically that we live much longer now than previous (and especially biblical) generations did, and with regards to both history and my knowledge of the contemporary persecuted church note that many since Christ have had their lifespans cut rather shorter than 36 because of their confession of his name.

In particular Paul’s assertion that it is better for him to be with the Lord, but better for the church(es) that he stays gives me pause for thought. My life, and most of those that I pastor will not have that simple dichotomy. Chiswick is saturated with young(ish) parents, many of whom have discovered new levels of caution in recent years out of primal protective desire to care for their children. Cycle helmets, driving techniques and extreme sports have often be donned, honed and culled. We live out our lives in horizontal family as well as vertical relationships, and there is a calling there that for the most part I(we) are keen to fulfil not just for the sake of the child but for our own identity and purpose as well.

But if a parent has protective reasons to hold onto this life does that mean that those who aren’t have less. Certainly not. Purpose and hope are discovered in multiple areas of life, and perhaps unfulfilled desires are among the strongest drives for us to keep on living and existing – at least if the popularity of the Bucket List film and general mentality (‘50 things to do before you die’) are anything to go by.

So faced with the reality that someone that I can describe as having a comparable life to me might find that life cut short at the age I am now at I experience to some degree the emotions of shock, anger, frustration, and even denial – at least about the possibility that it could ever happen to me. If I scanned the article it would be partly to try and find a mitigating factor – some lifestyle or hereditary issue perhaps that would make it less likely that this could happen to me. In short I read and reflect on her article entirely from the perspective of what this might mean if it were me, and that is probably quite a revealing thought.

I find that the Christian tradition gives me excellent resources for reflecting on death – for example I do not (as far as I can know myself) fear death at all. This stems both from my understanding of resurrection, eternity, and biblical engagement with key passages surch as those in 1 and 2 Thesalonians, John 14, 1 Corinthians 15 etc that I preach on regularly. Further my observation of those dying who share my strong Christian faith would back up that I can expect to not fear death at the last either. However despite all these resources, which I could happily spend thousands of words outlining, while I do not fear death, and can find purpose and redemption in death, I also find that I do not want to die.

This is on well level a self-evident sign of normal mental health, but it is also a significant point about the purpose and meaning of life. As someone who loves to finish the end of a novel or TV series as fast as possible, even to the point of sacrificing sleep for a swift conclusion, I find that my life is not just a story to be finished fast and to get to the next (and better) sequel. Instead my life is a multi-various series of opportunities and cross over with innumerable other stories and opportunities to experience and learn, to observe, participate and above all I imagine to love.

Even as one then who is confident of, and looking forward to the sequel, I unlike Paul, am in no particular hurry to get there. It may be that this is also a function of age. Not long after this Pauls apparently writes to a protégée that he has fought the fight, run the race, but mine still feels like its in the early rounds and laps. While there remains a sense of unfilled purpose life is still there to be clung onto and lived for all its worth.

But do I live it for all it’s worth? Does it take a moment of conscious mortality to cause me to take stock and cease the day? At the end of the film Bucket List on the characters makes the point that his friend has lived more in the last few months of his life than a lot of people do in a lifetime. It is not inevitable that we live out life in the fullness (something Jesus said he came to enable us to do) just because we have breath in our bodies. 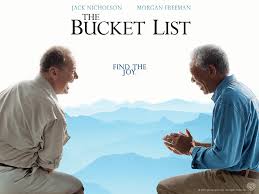 I reflect on those that I have ministered to, and work alongside who have lived out their final few months or had life threatening conditions and survived – sometimes against the odds. I find that there is in many of them a gift of attention in the conscious awareness of mortality that many others do not have. Conversely amidst the analgesic reactions of much of society unable to talk about or engage with death I find something that seems psychologically and spiritually deeply troubling. This is sometimes seen in funerals that are deemed to be places where mourning should be sidelined or even absent, enveloped instead in a sense of thanksgiving for a life. Sometimes this is option is chosen for outwardly good reasons, but it lacks awareness of our need for grief, and I think a desire to quickly move away from facing our own mortality. 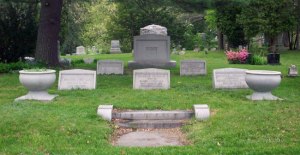 As I pass a cemetery on the train my thoughts turn briefly to the despondent language of the wisdom literature, where the writer of Ecclesiastes notes that we do not know who will come after us, whether they be wise or a fool. He concludes that the best thing that we can do is get on with life, eat, drink and be merry, whilst also remembering our creator in the days that we are young.

I’m not quite so young now, but it seems like good advice. On the one hand we need to weep with those who weep and not sidelining tragedies. And on the other hand let’s also each seize the day – carpe diem – a little more aware that we are indeed unable to guarantee that there will be another equal lifetime yet to come.

One thought on “What if I thought I was going to die?”